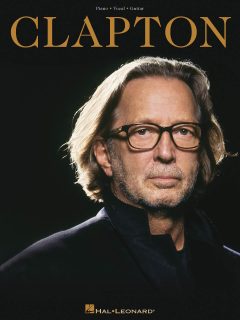 You are viewing: Eric Clapton – Clapton

Eric Clapton says this about his 2010 release: This album wasn’t what it was intended to be at all. It’s actually better than it was meant to be because, in a way, I just let it happen. It’s an eclectic collection of songs that weren’t really on the map – and I like it so much because if it’s a surprise to the fans, that’s only because it’s a surprise to me, as well. It features 14 tracks of blues, standards, and a few new originals, including: Autumn Leaves · Diamonds Made from Rain · Judgement Day · How Deep Is the Ocean · My Very Good Friend the Milkman · River Runs Deep · Rockin’ Chair · That’s No Way to Get Along · Travelin’ Alone · and more.

Be the first to review “Eric Clapton – Clapton” Cancel reply